PROJECT APOLOGY IN CONVERSATION WITH ELIZABETH STEWART ON ART AND ANTIQUES:

Live conversation with Elizabeth Stewart on her Santa Barbara based radio show.

Project Apology will be participating in The Global Summit in Rio de Janeiro, August 23-26, 2016.

For more information on this special event, go to: http://theglobalsummit.org.

To see a glimpse of the participant list, go to: http://www.theglobalsummit.org/featured/.

For more information on the organizers, visit: http://empowermentworks.org/main.html.

Project Apology has been invited to attend The Global Summit in San Francisco, November 16-19, 2014. In addition to being a delegate, Project Apology will share new apologies – recently compiled from the 2013 residency at the Caetani Centre in BC, Canada.

For more information on this special event, go to: http://theglobalsummit.org.

To see a glimpse of the participant list, go to: http://www.theglobalsummit.org/featured/.

For more information on the organizers, visit: http://empowermentworks.org/main.html. 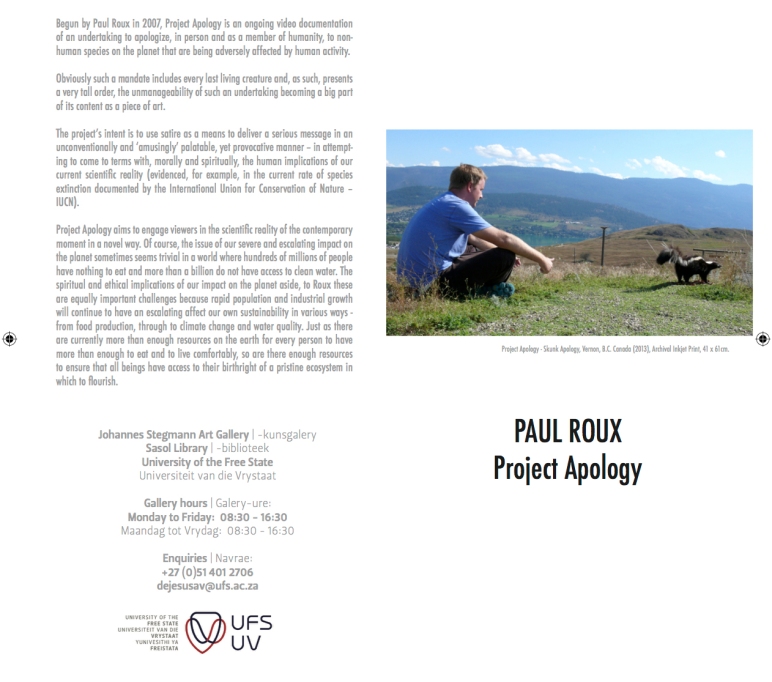 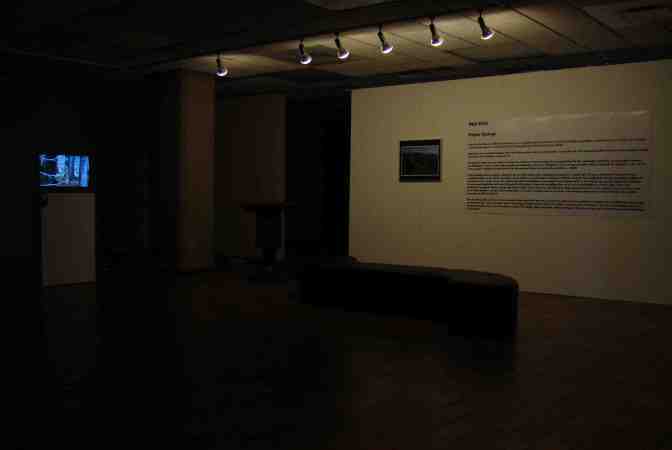 Project Apology has been awarded a one month paid residency at the Caetani Centre in B.C. Canada – where we will be working specifically on fine-tuning the The Apology Workshop format.

INVITED TO PERFORM AT STOFF 2013

Project Apology has been invited to participate in the Stockholm Fringe Festival (STOFF 2013) as part of the Site Specific Program:  http://stockholmfringe.com/wp-content/uploads/2013/04/stoff-2013-programme-site-specific.pdf

Project Apology was honored to participate recently in Earthday, Ojai, California (as detailed below). Anca Colbert, Project Apology supporter and Ojai Valley Green Coalition Events Chair, was there to introduce the project to a most receptive public.

Check out these amazing organizations and the wonderful work that they do by clicking on their respective links above.

EXCERPT FROM PRESS RELEASE:
“Leighton Collier Roux and Paul Roux have come together over the past few years to stand beside one another as friends, artists and partners.

Though they come from different countries and experiences, they find that their work, when placed together in the same space, engages in interesting dialogue around contemporary humanity and society.

Stand Beside is comprised of paintings, sculpture, photography and video. Leighton Collier Roux will also perform live at the opening.

With striking imagery, steeped in allegory, the work speaks of being here and of taking the time to appreciate the endless beauty and wonder of life; to feel gratitude and solidarity with the earth that sustains us while facing up to the challenges and changes of the contemporary historical moment.

In this rapidly changing world, these two artists look to engage viewers in an urgent celebration of the beauty that is our natural heritage, a celebration consciously tempered by acknowledgement of the consequences of the prevailing separation between humanity and the planet.”

Leighton Collier Roux grew up in southern California and received an MFA from Tufts University in 2008. Her interdisciplinary art practice often incorporates soft sculptural objects, custom made to interact with individuals and the world at large and, in a poetic manner, to remind us of our fundamental interconnectedness. She works also in and around the discipline of performance art often incorporating sculptural objects and the surrounding environment and has participated in a number of important international performance events – including Art in Time in Cardiff, Wales in 2006 and Navinki 2007, the International Performance Art Festival in Minsk, Belarus. In 2008 she received an invitation to participate in the Global Warning Performance Festival in Indonesia and in 2009 she was invited to participate in the Open Art Performance Festival, Beijing, China.

Paul Roux is a South African native. He graduated in 1998 from the Michaelis School of Fine Art (University of Cape Town, South Africa). After a detour into advertising and marketing, his recommitment to the fine arts over the last six years has seen a number of awards and solo exhibitions, as well as scholarship for further study at the School of the Museum of Fine Arts in Boston. His work is represented in collections in Europe, South Africa and the US.

Currents opens May 14 and runs through the end of August. Details at http://sbmm.org.

Says Roux: “For me, there is nothing like being in the ocean. Perhaps it has something to do with the fact that our bodies are composed primarily of water, or that we are suspended in water for the first nine months of our lives. “

Paul Roux grew up in Cape Town in South Africa. A city that is often compared in its natural majestic beauty to Rio de Janeiro in Brazil, Cape Town is situated on a narrow peninsula right at the tip of Africa, at the place where the Indian and Atlantic oceans ‘meet’.

“While I paint from a mix of photographs and memory, I like to think that a large part of my passion for painting the ocean comes from the sensory experience of being in it. Each of my ocean paintings is a record of a single, never-to-be-repeated moment, a unique interpretation of light on the fluid mirror of the ocean, in its unmeasured capacity for the reflection, refraction and absorption. While depicting (and thus relaying) that passion is a joyous thing, it is also a time consuming process, and the time it takes to make a painting affords a fair amount of time for simultaneous reflection. There is a small degree of lament in my ocean paintings, based on the realization of our cumulative impact on the oceans and the planet as a whole. I say small because there is so much positive action being taken on a daily basis to shift things…and so I feel very fortunate to live in this area where there is such an overwhelming concentration of non-profit organizations devoted to creating a more sustainable future, not to mention a wealth of natural beauty to enjoy.

“I often hear people say things like “I won’t go into the ocean unless I’m in Hawaii, where the waters clean”… As quantum physics continues to reveal, and as eastern philosophers have been telling us for centuries, there only really is one ocean…one system in which all things are connected at the most fundamental level. The garbage dump is our back yard, if not today, then tomorrow.…”

Roux graduated in 1998 from the Michaelis School of Fine Art (University of Cape Town, South Africa). After a detour into advertising and marketing, his recommitment to the fine arts over the last six years has seen a number of awards and exhibitions, as well as scholarship for further study at the School of the Museum of Fine Arts, Boston. His work is represented in collections in Europe, South Africa and the US.

Besides painting, Roux works as well with video and live performance.

“The best compliment I’ve ever been paid for my creative endeavours was from a guy who read a poem I wrote about my love for being in the sea. He told me that it had served as the final inspiration he had needed to move from Johannesburg (a sprawling inland metropolis of over 10 million people, 20 million in the greater area, and the economic centre of southern and central Africa) back to the quite coastal town in which he’d been born, to be closer to nature and the ocean that he loved.”

The poem to which Roux refers runs below. The exhibit runs through the end of August.

Swimming in the Sea

Were it not for swimming in the sea,
I reckon I might just not be me,
For, when bubbles mix with skin and me,
My soul no longer wants to flee this world,
Where laughter dims and violence brims.

Were it not for swimming in the sky,
I believe I may no longer wish to fly –
Above the noise;
And might devote my life to the acquisition of imaginary poise,
Without tasting as many clouds as are meant for me.

Were it not for swimming in the sea,
I may no longer long to mix with skin and thee,
For through the stillness of your sombre eyes,
I have seen a restless sea that could yet refine our time,
And lay to rest this age of mime.